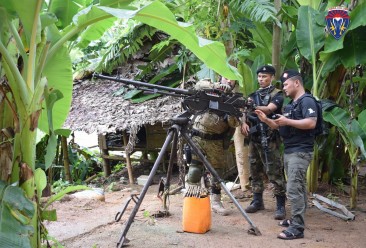 Clashes between the Arakan Army (AA) and the Myanmar military have intensified, with multiple clashes breaking out in northern Rakhine and southern Chin states since early last week. The AA reportedly inflicted heavy casualties and seized drones, explosives, guns, and food supplies. Meanwhile, high commodity prices caused by travel restrictions imposed earlier in the month continue to rise due to the recent fighting.

The junta column that killed at least 18 people in the village of Yin Paung Taing during a three-day occupation that began on August 11 continues to terrorise civilians in the area. At least eight other communities in Sagaing Region’s Yinmabin and Pale townships have been hit by arson attacks. Houses have been torched in Pu Htoe Thar, Mon Thwin, Chin Pyit, and Pauk Tha Hpa, local sources reported.

Following attacks by resistance forces on junta targets in Kawkareik, Karen State on August 15, Myanmar army troops have launched operations around villages to the south of the town, employing tanks in the offensive. Lethal shootouts have been reported along the Asian Highway between Kawkareik and Myawaddy since August 18, prompting military officials to close trade gates at the Thai border.

Clashes also intensified between the military and the anti-junta resistance force Cobra Column—which is made up of members of the People’s Defence Force and the Karen National Liberation Army—elsewhere in Myawaddy Township from August 18-19. According to members of the Cobra Column, the regime’s forces deployed two Yak-130 fighter jets to launch airstrikes around the battle site. Three resistance fighters were injured, six junta personnel were killed, and two captured along with a stash of weapons, the group said.

Factory employees from the Myanmar Pou Chen Company—a supplier for international footwear brand Adidas—began a campaign last week demanding that the minimum daily wage of 4,800 kyat ($2.28) be increased to 8,000 ($3.80) as the prices of basic commodities continue to rise. The minimum wage was raised from 3,600 to 4,800 kyat in 2018, with existing laws requiring stakeholders to assess it every two years.

The notorious Insein Prison in Yangon was targeted in a grenade attack at around 4am on August 22, according to a police source. Using a 40mm grenade launcher, a group of unidentified individuals threw a bomb at the site and reportedly injured a member of the prison staff.

Multiple explosions went off in Yangon on August 20 and 21. According to a member of the Yangon Urban Guerrillas Association, a junta court and an electricity office in East Dagon Township were targeted in attacks. Two alleged informants from Thanlyin and Twante townships were also assassinated over the weekend and a 100-household administrator from North Okkalapa was shot by three armed individuals on August 20. He was injured in the head.

Myanmar Now is unable to independently verify these incidents.

On August 16, the coup regime announced that more than 4.04b kyat (US$1.924m) was distributed as pension funds to a total of 491 former Union- and state-level government officials and parliamentarians who served during the 2016-2020 parliamentary term that preceded the 2021 coup. Among the MPs who received the funds were reportedly 217 members of the ousted National League for Democracy (NLD) administration, 13 independent MPs and 98 members of the military-allied Union Solidarity and Development Party (USDP). Aung Kyi Nyunt, a former Upper House MP and a senior member of the NLD, dismissed the move as the latest attempt by the junta to claim legitimacy as a government.

Banned from Facebook, Myanmar military spokesperson Zaw Min Tun said in an August 17 press conference that the junta is seeking to promote an alternative social media platform. He announced that the military is planning to prohibit Facebook access across the country and replace it with a locally-made forum.

The coup regime announced a reshuffling of staff within its military-appointed cabinet on August 19, with immigration minister and former police chief Khin Yi no longer in the regime’s administration. Several sources within the military-backed USDP speculated that he will soon be appointed the party’s new chair, replacing current leader Than Htay. The military also replaced Chin State minister Ngun San Aung with retired Lt-Col Vung Suan Thang, a psychiatrist who contested the 2015 elections as a USDP candidate in the state.

The reshuffle also included the Central Bank’s current governor Than Nyein and one of his deputies, Win Thaw. The two were forced to retire last Friday and Than Than Swe, another deputy governor who was targeted in an assassination attempt by resistance forces in April, was promoted to the role of governor. The military appointed Maj-Gen Zaw Myint Naing to her previous position as deputy.