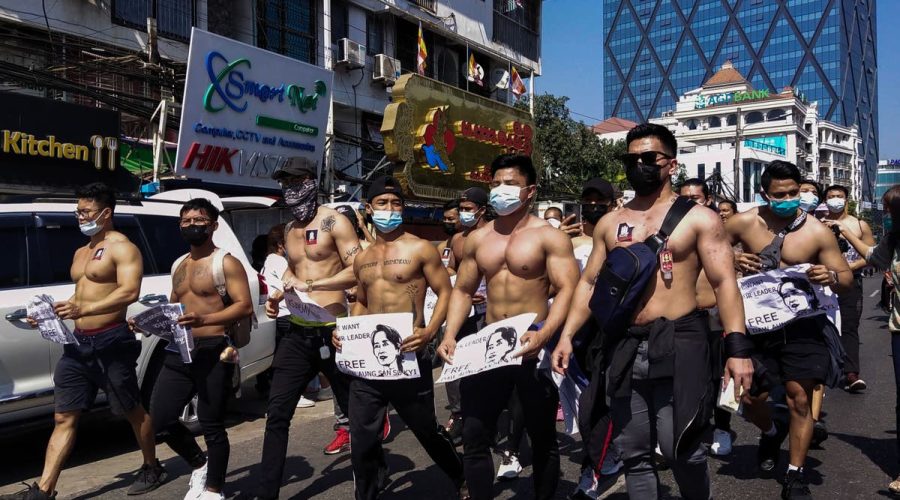 On Wednesday in Yangon, members of Myanmar’s national body building team and some of their supporters staged a peaceful protest to express their opposition to the military takeover of the government.

The protest is being held to demonstrate solidarity with the Myanmar people who have taken to the streets to demand the end of military rule.

According to the demonstration’s organizers, additional protests will be held by bodybuilders from other states and regions.