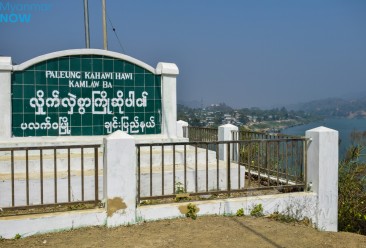 Regime forces opened fire with heavy artillery during a clash with the Arakan Army (AA) in southern Chin State’s Paletwa Township on Thursday, according to local sources.

“IB 289 has been shelling continuously since 10:12am. They have now fired a total of 27 times,” the Paletwa local said early Thursday.

“They’re targeting the area west of the village of Kha Wea, where I heard that the two sides are still fighting,” he added.

Another local resident confirmed that the regime troops fired at least 20 heavy artillery shells during the clash.

He also said that the tensions began when a column of around 100 junta troops approached the Pee Chaung village tract, about 30km west of the town of Paletwa, on Wednesday.

The area, which is close to the border with Rakhine State, has around 30 villages and is mostly under the control of the AA, according to locals.

The AA has had forces in Paletwa, which has large ethnic Rakhine and Chin communities, since the start of a major conflict with Myanmar’s military in 2015.

Although fighting between the two sides ended around the time of the November 2020 election, there have been renewed tensions since late last year.

Earlier this month, the AA released a statement warning that fighting could “resume at any moment.”

On the same day, May 15, AA forces reportedly fired shots at a junta helicopter carrying supplies to a base in Paletwa.

Chin State has also seen the emergence of a strong armed resistance movement in the wake of last year’s coup, with groups like the Chinland Defence Force mounting guerrilla attacks on a regular basis.