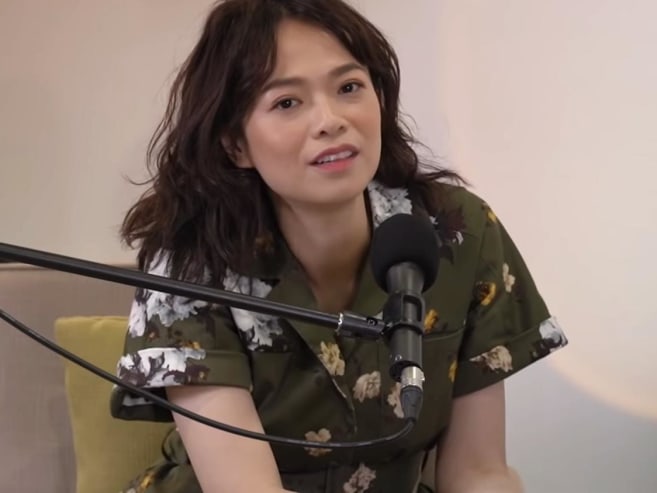 Some childhood memories never go away and they can go on to shape you in your adulthood – the way Mediacorp artiste Felicia Chin’s one particular experience has.

In the fifth episode of R U Okay?, a podcast by Class 95 DJ Jean Danker, the 37-year-old actress revealed a traumatic incident on her first day of primary school that has stuck with her all these years.

“I was slapped by my teacher. And back then, this was still acceptable,” said Chin in the podcast, recounting the incident that occurred in the 90s.

As if the act of slapping wasn’t bad enough, the actress recalled that the female teacher, who meted out the punishment, pulled her cheek all the way back before hitting her.

“I can’t remember what happened but I thought: There’s only so much I can do as a Primary One kid, like a scared little kid on the first day of school,” she said.

Chin shared that the incident scarred her and made her afraid to mess up in life, even now as an adult. “To me, if you make mistakes, it equals to pain, equals to punishment,” she said in the podcast.

The traumatic episode drove her to study hard so that out of her class’s various groups, she could belong in the top Apple group.

“I wanted to be an ‘Apple’, so I studied really hard, [and] I was top of the class. But I realised that looking back right, that affected me,” she said.

Even as an adult, the effect of that slap still resonates in Chin. “I think it affected the way I viewed things or lived as an adult growing up.”

The actress shared that she didn’t know how to relax, even after a long day of filming. She would go home and pore over the next day’s scripts instead of resting. “I would study the scenes, trying to decipher them, break them down… and doing a lot of homework.”

Things have improved in recent years, according to Chin, who now puts aside work to make time for herself. “There’s a time to let go. You can prepare but you must also learn to trust the process and the people you work with.”