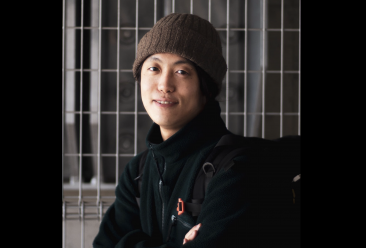 A Japanese documentary filmmaker who was arrested during an anti-dictatorship protest in Yangon last week has been sent to Insein Prison, Myanmar’s military junta said on Thursday.

Toru Kubota, 26, has been charged under Section 13(1) of Myanmar’s Immigration Law for violating the terms of his visa and Section 505a of the Penal Code for incitement, the regime said in a statement.

The first offence carries a maximum sentence of five years in prison, while the second is punishable by up to two years behind bars.

An anonymous source cited by the French news agency AFP said that Kubota was in good health and that Japanese embassy officials had visited him at the police station where he was being held prior to his transfer to Insein Prison.

The two students, who were identified only as two minors—one male and one female—had both been sent to the Yae Kyi Ai interrogation centre, a source close to Yangon’s youth protest groups said. Neither was mentioned in Thursday’s statement.

According to the regime, Kubota entered Myanmar from Thailand on a tourist visa on July 1. It also said that he had been in communication with the protesters ahead of the demonstration and was arrested while filming the event.

Since then, Myanmar nationals living in Japan and Japanese citizens have held a rally in front of the Ministry of Foreign Affairs in Tokyo calling for the release of Kubota and the detained youths.

Kubota has made a number of documentary films related to Myanmar, on subjects that include the Rohingya issue, the country’s ethnic conflicts, and refugees.

In April of last year, another Japanese journalist, Yuki Kitazumi, was also arrested and charged with incitement.

However, he was released and deported a month later as a gesture to improve relations with Japan following the coup in February.