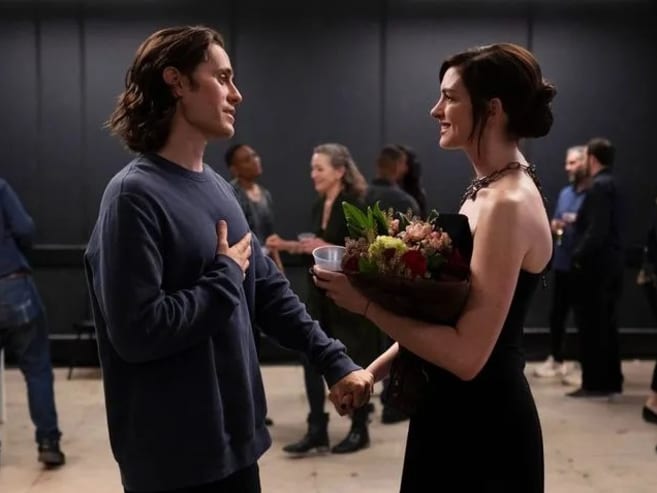 The rise and fall of office-sharing company WeWork has been turned into a television series with Oscar winners Anne Hathaway and Jared Leto at the helm.

WeCrashed, an eight-part limited series about founders Rebekah and Adam Neumann, will begin streaming on Apple TV + on Friday (Mar 18). The show details the couple’s love story, successes and mistakes.

Leto stepped into the role of Adam Neumann, an Israeli businessman, after filming House Of Gucci, about the famous fashion family, and said the transition was challenging.

“Big characters, very, very different characters,” Leto said. “Just starting with the accents alone. There was a lot to learn.”

Part of that learning process was a secret meeting with Adam Neumann that was set up without the knowledge of the filmmakers, where Leto offered the businessman advice.

“I said to him, ‘don’t ever watch it.’ And which I stand by, you know, I mean, there’s no really no – he… first of all, he lived it, why, why, why live through it again? But it’s so subjective and a piece like this.”

Hathaway portrays Rebekah Neumann and said she was careful not to “drag” or “judge” her.

“These are human beings that we’re talking about, and to put ourselves in a position of superiority to me is missing the point,” she said. “This is an opportunity to understand people.”

Both Leto and Hathaway said they wanted the story to be fair.

“It was important for me not to just be part of a takedown piece, but to really examine the humanity, the complexity of these people,” Leto said.