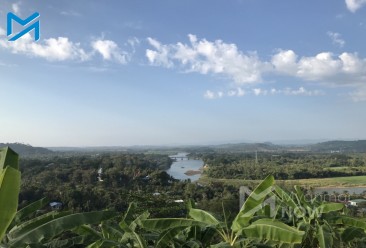 The military council has given orders to form so-called “public security forces” in the southern Rakhine State township of Kyaukphyu, according to leaked documents seen by Myanmar Now.

The records detailed a Monday meeting of local administrators in which a township-level official, Myo Min Tun, issued the directive in question instructing every village or ward to form a seven-member security team, with at least 12 members in the township-level group.

“They didn’t give us a deadline but it appears that we have to get it formed this week,” one of the ward administrators present at the meeting told Myanmar Now on Wednesday.

Junta chief Min Aung Hlaing, his vice chair Soe Win and several chief ministers met on August 10 and reportedly discussed “matters regarding the procedures for forming public security forces” to “achieve peace and rule of law in every state and region,” according to an official statement.

Since March, the military has been forming militias coined as public security forces across the country. The groups are typically made up of retired members of the military and police, staff from fire departments and members of the Myanmar Red Cross and the Young Men’s Buddhist Association, a known nationalist group.

In a press conference in late April, the junta confirmed that plans were underway for the establishment of a public “security system” that would support its armed forces; the elected National Unity Government (NUG) responded at the time with a warning to the public not to take part in the military’s operation.

Yet activities appear to be underway, with weapons and uniforms provided by the military to administrators and army supporters in a July 30 ceremony in Maha Aungmyay Township in Mandalay to mark the formation of one such force. Sixty-five members were present, five of whom were armed with a total of 10 guns and 70 bullets, according to online posts published on pro-junta Facebook pages.

A similar ceremony was reportedly held in a ward administration office in Mandalay’s Aungmyay Thazan Township on August 3.

Efforts to form a junta-backed militia are also underway in Hpakant, Kachin State, locals have said. The township includes territory controlled by the Kachin Independence Army, which continues to battle the junta’s forces.

Locals have dubbed existing pro-military civilian militias as Pyu Saw Htee groups, the members of whom have been seen accompanying Myanmar army soldiers on raids particularly in northwestern and central Myanmar.

While Kyaukphyu in Rakhine State is not a stronghold of the Arakan Army—which has been engaged in ongoing battles with the Myanmar army in northern Rakhine State—the military council arrested several people in the township last year, accusing them of providing funding to the AA and the NUG’s People’s Defence Force.

The military has declared both as “terrorist” organisations at different times.

During a press conference earlier this month, AA spokesperson Khaing Thukha accused the military of deliberately attempting to disturb stability and incite conflict in the state, where the AA has also set up its own administrative mechanisms.