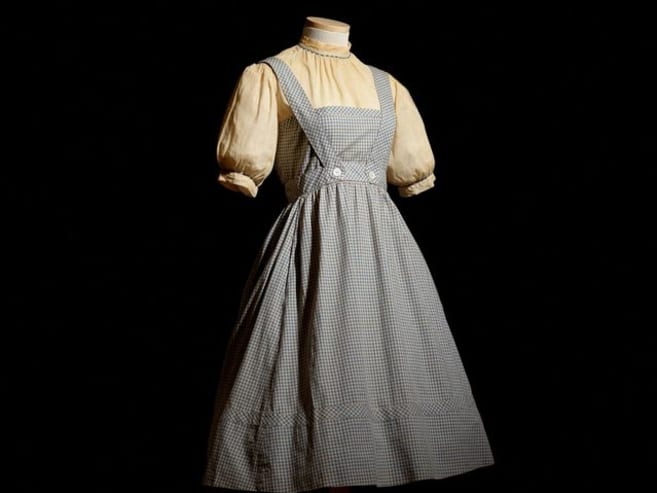 After decades of searching, one of Dorothy’s dresses from the classic American film The Wizard Of Oz has been located and is set to be auctioned off next month.

It was donated to the Catholic University of America in 1973 by actress Mercedes McCambridge but it later went missing.

“Fast forward to COVID, and a retired professor was going through some boxes in his office. And lo and behold, there was the dress,” said Helen Hall, director of popular culture at auctioneers Bonhams in Los Angeles.

The auction house said film studio MGM didn’t keep records about the movie’s costumes but five dresses have surfaced since the film was released in 1939. One was lost in a fire, leaving only four of the iconic blue and white gingham outfits.

The pre-sale auction estimate is US$800,000 to US$1.2 million. Another version of the dress sold in 2015 and made US$1.5 million, the auctioneers said. Proceeds will go to create a new film acting programme at the university.

The movie artifact will be part of Bonhams’ bi-annual Classic Hollywood sale in Los Angeles on May 24.