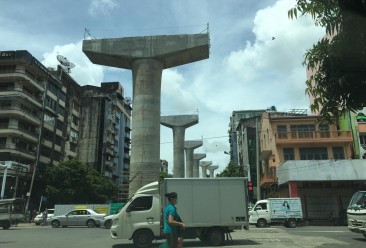 Companies that have been awarded government contracts are being scrutinised by Myanmar’s junta for possible connections to anti-regime forces, according to a leaked internal document seen by Myanmar Now.

The document, an inter-departmental order shared among the junta’s department of information and technology and offices of the special investigation department in Naypyitaw and 12 of the country’s 14 states and regions, says that nearly 200 companies are to be screened for ties to the resistance.

Almost half of the cases will be handled by the special investigation office in Naypyitaw, which will examine 82 companies, while the department of information and technology will look into 65, the order shows.

Referring to resistance groups as “extremist terrorist organizations,” the order states that the companies must be investigated for “affiliations with such organizations.”

Business sources also confirmed that new rules have been introduced requiring any company seeking to win a government contract to submit to a vetting process by the Naypyitaw Council, which administers the junta-controlled capital.

“Because of such rules, no ordinary company will dare make a bid for any of their projects anymore, which might be their goal in the first place,” said a business owner who asked to remain anonymous.

He added that companies and their employees are required not only to submit official documents, but also to give full access to their social media accounts. Any post hinting at anti-regime sentiment can be used to prosecute the account owner, he said.

Ultimately, however, he said that such measures were meaningless, as no businessperson opposed to the regime would bother to make a bid for a government contract as long as the junta remains in power.

“It’s also true that the generals don’t usually look for bidders outside of Naypyitaw,” he said, adding that the vast majority of projects are awarded to companies with military connections.