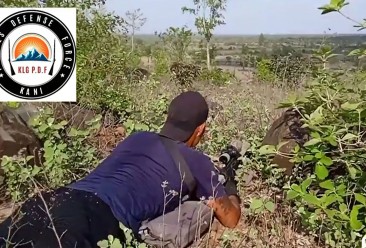 Telephone service was cut off as of 7am on Tuesday to at least eight Sagaing Region townships where the junta has been increasing the presence of its armed forces, locals told Myanmar Now.

Both landline and mobile connections were disrupted, sources said.

Neither the reason for the cuts nor details surrounding the directive to implement them were known at the time of reporting.

“The telecoms service providers have no choice but to do the military’s bidding. They have to cut off the communications if they are told to do so,” a staff member with one such provider said on the condition of anonymity.

He noted that there were parts of Sagaing where phone services were still intact, so the blackout was not region-wide.

“What’s really strange is that although a city like Monywa has had telephone communications cut off, Taze is still unaffected,” the employee said, noting that the military’s Northwestern Regional Command is located in Monywa.

He speculated that the military could be relying on a private satellite or radio channel for internal communications.

Myanmar Now’s calls to sources in the affected townships were met with an automated response indicating that they were out of their provider’s service area.

A spokesperson for the Khin-U People’s Defence Force (PDF)—who had relocated outside of the affected area—told Myanmar Now that any sort of communication blackout typically precedes the launch of a military operation.

“In the past, they have cut off the communication services and then torched houses and killed people. I think this is the only reason that they would cut off telephone services,” he said, adding, “This might also be another one of their attempts to stop the flow of information regarding their [troop] movements.”

The telecoms staff member also suggested that soldiers in Sagaing might be in the process of moving between bases, which they might want to conceal from guerrilla forces who typically coordinate to intercept them.

“This could be a way of effectively preventing information from leaking regarding the routes that their columns will take during their military operations,” he said.

Nearly all of Sagaing has been without internet due to a junta-imposed blackout since March.

A spokesperson for the Ye-U PDF said that phone service was available in select areas of the township but that communications were difficult. He noted a major military offensive was likely.

“I think they are going to launch a massive assault. We are making whatever preparations we can,” he said.

Aung Myo Min, the human rights minister for the National Unity Government, told Myanmar Now that locals in the townships affected by the blackout may have to ready themselves for the possibility of attacks by the military.