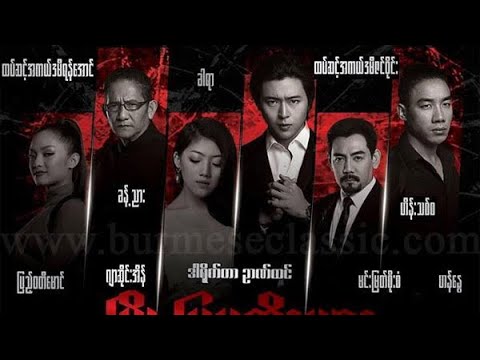 Films are an excellent way to de-stress and escape from the pressures of daily life, allowing the viewer to lose themselves in new plots and storylines. They occasionally provide an opportunity for us to cry or laugh aloud, as well as admire a few sexy actors and actresses along the way.

The local film industry produces over 200 films per year, the majority of which are subpar in terms of acting and production. However, Myanmar’s directors and producers have recently begun to step up their game. Both Christina Kyi’s Deception (2018) and Mudras Calling (2018) received widespread critical acclaim, inspiring the production of higher-quality low-budget films this year.

The Weekend has compiled a list of the top 10 Myanmar films of 2019.

Late Pyar San Eain- The Only Mom is the year’s most popular film, having already been screened in Myanmar, Macao, Hong Kong, Indonesia, Singapore, Taiwan, and Cambodia. The thrilling story follows a family who lives in a colonial-era style house that is haunted by ghosts. Perhaps the only thing scarier than a damsel-in-horror-distress is a damsel who also happens to be a mother, as Wut Hmone Shwe Yi brilliantly portrays. Another intriguing aspect is that the protagonist (played by Duang) is a cross-dressing male photographer who becomes possessed when dressed in women’s clothing. Thai director Chartchai Ketnust directed the film, which also stars local actors Naing Naing and Daung.

This romantic comedy features an excellent script and a cast of actors capable of melting even the most ardent “chit ka” (love move) fan’s heart. Seven Sense produces the film, which is directed by Win Lwin Htet and Aww Ratha and stars Ye Deight, Daung, Shwe Htoo, and Wut Hmone Shwe Yi. The story revolves around a young couple, with the attractive young protagonist being pursued by another man. Perhaps a story for contemporary Myanmar, as it delves into the taboo subject of female infidelity. It premiered in June.

This film is for anyone interested in Nat, Myanmar’s spirits. The film features scenes from Nat festivals and chronicles the life of a Spirit Medium. The Nat Gadaw is the central character, who was abandoned as a baby by his parents but has since earned great respect among Nat devotees. The film depicts traditional Myanmar beliefs and stars actor Nay Toe as a spirit medium. It premiered in August, directed by Nay Paing and written by Moe Ni Lwin.

Another nail-biting suspense film, but this one centers on the lives of two young female friends who meet an odd girl from out of town. When they visit the girl’s house, they are startled by an unexplained sensation. They are unaware that the girl’s family is traumatized by their son’s sudden death and wishes to trap the visitors inside what has become a haunted house. It was directed by Htoo Paing Zaw Oo and premiered in August.

It’s as if the global franchise Step Up has arrived in Myanmar with this well-shot, choreographed, and performed film. The plot features both traditional and street dance styles, all set to an incredible soundtrack, and follows the fortunes of a young dancer seeking approval from an overbearing father. Not only does the film feature a cast of talented actors dancing throughout, but it also beautifully depicts Yangon’s nightlife, shopping centers, and city streets on the big screen. It is directed by Myo Myint Swe and stars academy award-winning actors Yan Aung and Zin Wine.

Another rousing film is Kyane Hnone (Frequency), starring Tun Eaindra Bo and Eaindra Kyaw Zin, two of Myanmar’s most famous actresses. While film critics lauded the film’s suspense, the rest of the audience was left wondering where the action would end. The story did not conclude satisfactorily, so if you want to see this horror-suspense film, you may want to wait for the upcoming sequels ‘Insidious’ and ‘The Conjuring’. De De Myint Mo and Min Paing Myat Thu directed the film, which also features a slew of new local talent. The film premiered in late July.

If you’ve ever seen a Myanmar comedy and are looking for camp, a film titled Lady Boy is more likely to be campy than a circus tent. However, this film has a little more panache than hackneyed stereotypes, as it chronicles the lives of a group of Myanmar gamblers fleeing the Thai mafia on their way home. To accomplish this, they must pose as lady boys. As a Thai-Myanmar co-production, the film stars Thai actors such as Kaew Korravee alongside Myanmar actors Pyay Ti Oo, Khin Hlaing, and Ei Chaw Po.

Myanmar cinema has always suffered from a lack of quality, as filmmakers and producers are well aware. What better way to address the issue than to create a film… yes, a horror film about Myanmar cinema’s deplorable quality! In an attempt to reintroduce greatness to local cinema, a group of young directors discover an abandoned cinema and convert it into a production and exhibition space for their own films. The only issue is that it is haunted – not by a typical Myanmar ghost, but by a Tamil-speaking spirit hell-bent on frightening everyone, both directors and audiences alike. Yes, strange. Very inventive. Nay Toe, Kyaw Kyaw Bo, Min Thway, Nan Su Oo, and Indian actress Riya Ray star in the film directed by Pyae Zaw Phyo.

This year, child abuse became a major issue in Myanmar, and this is one of the first films to address the issue. The story follows a mother who discovers her young daughter has been raped and murdered. While she seeks vengeance, the film delves into the legal issues surrounding child protection and homicide. Hit Taing, which was released in May, is directed by Hein Soe and stars one of Myanmar’s most celebrated actresses, Eaindra Kyaw Zin.

In response to popular demand for dance films, this film chronicles the lives of a Myanmar traditional dance troupe touring the country. A blend of humour and reality, the story follows a love story that takes a turn for the worse, resulting in a baby and a fractured family. It was screened in May and was directed by Win Tun Tun and starred Nay Toe, Kyaw Kyaw Bo, and Aye Myat Thu.