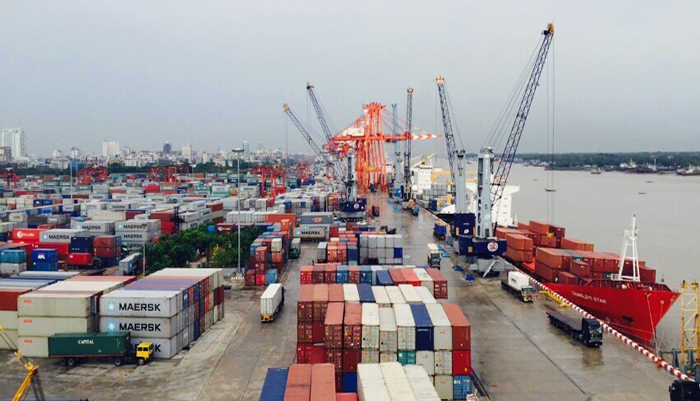 Yangon ports continue to receive containers despite the recent political developments in the country.

Staff and personnel critical to port operations are doing their best to keep trade moving, according to Myanma Port Authority Deputy General Manager U Arkar.

He claimed that every day, terminal operators, shipping lines, and agents work together to ensure that ships are docked at the various ports in Yangon.
Yangon has seven jetties for container ships to dock at various ports.

Because of the ongoing political unrest, Myanmar has shut down all international air routes. According to U Arkar, international trade can only be conducted via maritime channels because there has been no increase in container ship traffic.

In December of last year, Yangon ports handled 81,751 containers, compared to 95,625 containers in January of this year. Similar numbers are expected for the month of February by the Myanma Port Authority (MPA).