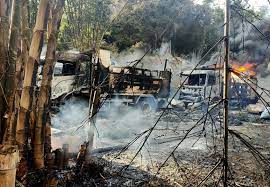 Save the Children reported that two of its staff members were killed in the attack, which opposition activists claimed was carried out by government soldiers.

A senior United Nations official urged Myanmar authorities to investigate the alleged killing of at least 35 civilians by government soldiers, saying he was “horrified” by the violence.

The ruling military has made no comment on Friday’s killings near Mo So village in Kayah State, and several calls to junta spokesman Zaw Min Tun have gone unanswered since Saturday.

On Sunday, state media reported that soldiers fired on and killed an unspecified number of “armed terrorists” in the village. It made no mention of civilians.

According to Martin Griffiths, the United Nations’ undersecretary general for humanitarian affairs and emergency relief coordinator, credible reports indicated that civilians, including at least one child, had been forced from vehicles, killed, and set on fire. He made no attempt to explain why he believed the reports were credible.

“I am horrified by reports of a civilian attack… I condemn this heinous act and all attacks on civilians throughout the country, which are illegal under international humanitarian law,” he said in a statement. 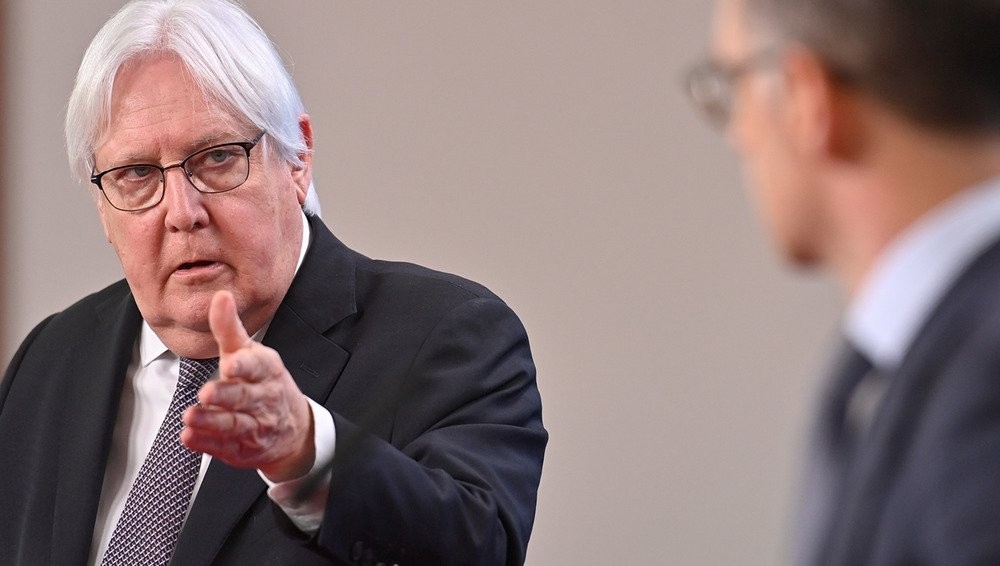 Griffiths urged for a “thorough and transparent” investigation in order to apprehend the perpetrators.

The Save the Children aid organization said two of its workers were killed in the attack while returning to their home villages for the year-end holiday. It halted operations in Kayah State and portions of neighboring Karen State, as well as in the Magway region.

Both staff members were new fathers who were passionate about education, the group said in a statement Tuesday, adding that violence against civilians was intolerable.

“The United Nations Security Council must convene immediately to outline the steps it will take to hold those responsible accountable,” CEO Inger Ashing said.

US Secretary of State Antony Blinken condemned the attacks and urged the international community to halt sales of arms and dual-use technology to Myanmar’s military in order to avert future “atrocities.”

“The targeting of innocent people and humanitarian actors is intolerable, and the military’s widespread atrocities against the Burmese people underscore the critical need to hold its members accountable,” Blinken said in a statement, referring to the country by another name.

According to two residents and the Karenni Human Rights Group, soldiers killed more than 30 civilians in the area.

They stated that while details were sketchy, it appeared as though the victims were in vehicles, including at least one truck, that had come to a halt on a road. Residents and a rights group allege that they were murdered and their bodies set on fire.

A villager who requested anonymity for security reasons said he was aware of the fire at the site on Friday but was unable to visit due to the shooting.

“This morning, I went to see. I saw burned bodies and also saw children’s and women’s clothing scattered around,” he told Reuters by phone on Saturday.

The rights group posted photographs of charred bodies, some of which were found in the back of a burned-out truck. Reuters was unable to independently verify the photographs’ authenticity.

Myanmar has been in turmoil since the military ousted Nobel laureate Aung San Suu Kyi’s elected government on Feb. 1.

Some military opponents have taken up arms, forming alliances with ethnic minority guerrillas who have been fighting the government for self-determination in various parts of the country, including Kayah State in the east, for years.

The killings and burning of bodies in Kayah State came on the heels of similar violence in the central Sagaing region on Dec. 7, when villagers claimed soldiers rounded up 11 people, shot them, and then set their bodies on fire.

The military government has made no statement in response to that incident.

Since Myanmar’s military coup, more than 1,300 people have been killed in crackdowns on protests, and more than 11,000 have been imprisoned, according to a rights group’s tally.

The military disputes the death toll attributed to the group.

In Karen State, also in the east, fighting has erupted between the army and the Karen National Union insurgent group.

Thai authorities report that over 5,000 Myanmar villagers have fled across a border river into Thai territory since Dec. 16.